The student section remembered how to make noise

I remembered how great it was to be a wolverine

And, Michigan Football remembered how to love me back


Michigan wins 27-25. Victory has never tasted so sweet.
All hail your glorious blogger the amazing Kirulan at 9:09 PM No comments:

This game is to simulate the sub-prime mortgage crisis of 2008 and the government intervention on the free market.

1) This game is played on a regular Monopoly set, however, the streets, railroad stations, utilities, are no longer called assets, but instead, they are known as Mortgage-Backed Securities(MBS).

Players are called "Banker" or "Investor" or "Chewbacca" whichever one they prefer. And the pile of money that everyone didn't start with will go to "the FED" instead of "the bank" in regular monopoly.

2)
a)When a player lands on an unclaimed MBS, they will have to purchase it.
b) When a player lands on a good MBS that someone else owned, he would have to purchase it from the current owner with 10% more than what the original owner paid for (to simulate inflations). I.e. Broadway's face value is 320, first guy who buys it gets to sell it to second guy for 352, and third guy gets it for 385, etc.
c) When you land on your own MBS, if you rolled a combined, 5, 7, or 9 previously, your MBS will default, and you don't get any money, and at the same time, the MBS becomes bad MBS, meaning if someone else lands on it on subsequent turns, they are not required to buy it from you and subsequent turns which you land on it you will not get anything out of it. However, if you rolled anything else previously, you would get a 40% interest on the face value of the MBS.
- Until you get bailed out by the Fed, the bad MBS will sit in your inventory doing nothing.

3) Everytime you pass "Go", instead of taking 200, you have to pay 200 in taxes and operating costs for your bank.

4) All money spent (passing "Go", buying securities), does not go back to the FED, instead it's discarded into another pile, called the spent pile. (Signifies incomplete projects and total wastage of money).

Well the Fed doesn't get control of the monetary system in this case. :P

5) When you go to Jail, your company's stock falls tremendously, and you risk losing some of your MBS if you attempt at getting a double. Every time you roll a combined 11 while in Jail, your cheapest MBS in terms of face value will turn bad.

6) Bailouts will occur involuntarily whenever 2 things happen:
i) You do not have at least 1 good MBS. (unless you just got out of a bailout and/or just starting the game). This is because your investors realize you are losing a lot of money and are selling your stocks like its hot coal.
ii) You have no more money on hand, in which your liquidity problems will force you to file Chapter 11.
During Bailout, all your MBS will be sold to the FED for face value, regardless of whether the MBS is good or bad. (The only time you can get back your money from bad MBS). Then, all of the MBS the Fed bought will be back on the market, (Irony, I know, but it's the only way the game can continue).

8) Victory conditions, there are several victory conditions for Bailout Monopoly.
i) If you are the only player that has not filed chapter 11.
ii) When the Fed runs out of money, in which all remaining players win. The economical system crashes, and anarchy ensues. Ppl will be seen swimming in seas of worthless money.
iii) When all the players get caught in a humongous earthquake (maybe in Cali) and then gets eaten up by the very ground. In this case everybody loses and they suck.

Okay, so this is a new game that I just made up, and not sure if it works, but the game should be time limited, since the Fed doesn't have a never ending supply of money. Never tried playing the game as of writing, but if anyone tried it and there is an imbalance, post a comment and we can all try to make things work out.
All hail your glorious blogger the amazing Kirulan at 9:25 AM No comments:

Legends of the fall

I just watched the movie yesterday on hulu.com it's a pretty nice movie, and seemingly depicted many personalities in the 3 brothers.

There's the fanatical, lovable, and ambitious, but less competent Samuel, whose desire to become a hero essentially caused him to die in war.

The carefree, erratic, kind and protective, but yet always seem to resort to cruelty to the people who cared about him the most, Tristan.

And the capable, but easily jealous, and never willing to take advice, eventually causing much harm to those who cared, tho unintentionally, and was protrayed as the treacherous brother, Alfred.

I've seen many people who easily fit into these categories, but if I had to choose, which would I be? Would I be a Tristan who never came back? A Samuel that never died? or An Alfred who never regretted my ways?
All hail your glorious blogger the amazing Kirulan at 11:12 PM No comments:

Okay. We're starting our big ten conference run this weekend. please. please. please get 6 win. I don't want our bowl streak to come to a halt.
All hail your glorious blogger the amazing JukeBox at 10:52 PM No comments:

My clothes by color 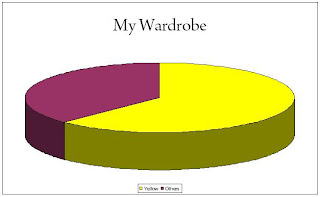 All hail your glorious blogger the amazing Kirulan at 2:41 PM No comments:

Sudden realization: I am in my final term, going to take this opportunity to learn all I can while I am in school. Gonna try hard, gonna perform, gonna succeed.

Secondly I have a thought on cache coherence related in a multiprocessor. So instead of having a single bus handled memory coherence with w/e protocol (Valid/Invalid, MOSI, MESI, etc), why can't we have multiple buses, multiple banks of cache on each processor and multiple memory (L2 would work i suppose), and then have the programmer/compiler to optimize their codes so that the runtime is fastest. Heck, we could even implement different protocols to it. But I know whatever I might have thought of in my little mind, others would have done an entire research topic on it so yeah... gonna talk to prof a little bit to see if there's any downside to it muhahaha. more costs probably, but that's a small price to pay. and scalability issues. If you can't make one thing fast enough, make 2 things that get the work done.

Next. Directory handled cache coherence, well we could split the huge directory into small "directory caches" and each "directory cache" could pick up maybe 5-10 processors, that way not all traffic has to go to the main directory. of course we would have to have a coherence problem with all the little directories, that's when we create directories for directories (DFD). as always, when in doubt, add a level of indirection. And then the DFD will face coherence problems if we break em up into little chunks. then we add another level of indirection......

man this is getting exciting, but for my professors (who I hope weren't reading this), I guess it must be either becoming more and more amusing/retarded.

oh well.
All hail your glorious blogger the amazing JukeBox at 6:13 PM No comments:

Thoughts on the new regime

QB situation: Pretty saddening, neither of the QBs that played executed the scheme well. That said, simple passes were made relatively complicated, and there are some things that we have taken for granted that we don't realize till the season started. That said, most of the QB mistakes were made due to inexperience.

Playcalling: Instead of running out the clock and heading to the locker room, we actually tried to score on the final minutes of the 2nd quarter and let up an int and a TD but it is all worth it as I am sure if we actually made a first down, we would have forced utah to burn their time outs on defense. Defensively, in the first half we didn't have any success rushing the passer or defending the inside run (frustratingly so). Then in the second half, the defense got aggressive and got to Johnson a lot, and turned the momentum and actually gave the offense a chance to score. (Which they did, after many drives that ended in punts and fumbles).

Special teams: Lopata nailed at 53 yarder and we blocked a punt. On punt returns we had no blockers and that resulted in very low return yardage. On side note, we should have fair catched more often. Warren was hit almost as soon as he touched the ball and eventually a few punts are going to get loose if this happens more often.

Overall: We would be much better a few more games into the season as players pick up more experience and execute better. Hope we don't lose to Notre Dame. It would be terrible.
All hail your glorious blogger the amazing JukeBox at 8:10 AM No comments: