Is malaysia a free country? think again. When simple books (my side of story by chin peng), simple movies (Lelaki Komunis Terakhir) gets banned, people don't have to wonder why. Communist sentiments have never been welcomed in Malaysia, even in this day and age.

Just 15 minutes ago, I discovered that Award Winning, Oscars taking movie, Brokeback Mountain, was banned. "Brokeback Mountain" was based off a namesake book written by Pullitzer Award winning author, Annie Proulx. It has also received numerous recognition, including the National Magazine Award. Well, enough said about the background, in a nutshell, the idea behind this is that it's a nice movie, but people back in Malaysia have no idea what they are losing. (hehehe.. of course the Pasar Malam peeps selling pirated VCD would be more than delighted by the government's straightforward declination of big bucks from the publishers of the movie)

Then comes the big question. Why is it banned in Malaysia? well, people here in Yellow-Willow came up with several conjectures.

3. American Sentiment.
Cowboys, cowboys, and more cowboys. Talk about the west. now look around in your thick jungle, people driving their 1940 sedans, riding bicycles or traveling using tree vines. Now the movie probably will persuade people to stop taking LRTs and saddle up their spanish stallion and start riding to school/work/party houses.

2. Disgusting?
Well, most countries did put an age limit restriction. well, the whole point could be summed up in one sentence: The movie probably would have been more popular if it starred 2 cowgirls instead.


Lastly, and probably the most important point is....

1. Anwar Ibrahim.
Former Deputy PM of malaysia was removed of his position due to homosexual activities. It'd make him look not so bad if the movie is shown nationwide??
All hail your glorious blogger the amazing JukeBox at 6:48 AM 1 comment:

Well, even God agrees with me sometimes. 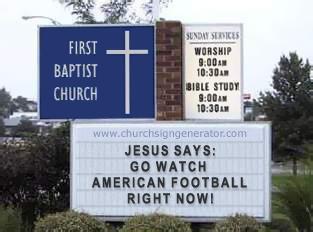 Any questions?
Let's go watch american football, for all of you who are not watching right now.
Anyway, after two days, the church decided to change the sign again. 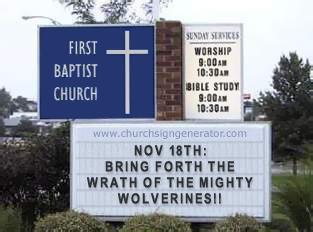 Well, in short, we came short of 3 points due to many factors. I still think we could have won. things could have gone either way easily. 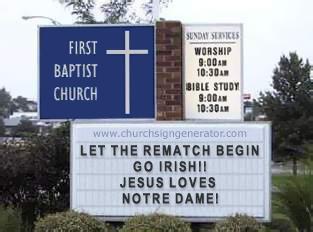 Well, for two weeks, apparently Jesus became a fan of Notre Dame.
Jesus : O Irish you must win your fight.
Leprechaun : Don't think we don't know what you're wishing for. 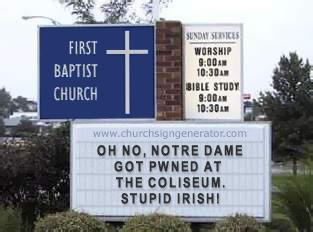 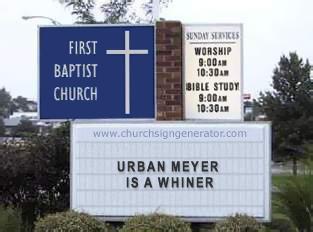 All hail your glorious blogger the amazing JukeBox at 8:26 PM No comments: