Since I was small, I had my imaginations fueled by various TV programs. I thought we could create intelligent, creative, emotional, robotic minds.

To model something intelligent, I usually just refer to something eeriely similar - the human brain. Though programmable, given enough insight and motivation, I am sure the human minds are capable of creativity and initiative.

The thought process of a human being consists of cognitive concepts. I'd say it's a string of thoughts, with each relational ideas in mind tied closely to it. If we pull the string, it will trigger ideas that were previously associated with it.

If we seek to establish this kind of connections within the machinic mind. We would have to be able to route and re-route circuits, which could be both consciously and subconsciously triggered. It is easy to see how this kind of mechanism is achievable in a biological body like the living human. It is not impossible to implement it in a man-made center of thought.

Modern advances in circuit and MEMS will provide us with more than enough capability to route it. But I think the relevant question to ask at this point is, do we have the power to create a self-generating, independent, unrestricted mind of its own?
All hail your glorious blogger the amazing JukeBox at 11:22 PM No comments:

The new roles of the common handheld communication device, known as cell phones.

Ooo... so i got an Mp3 player that plays only songs with bitrate up to 192 bit/s. You picky consumers out there don't start mocking my new Samsung D807 because I am sure yours can't even play it unless u made it urself.

I bought this phone thinking that it'd replace a need for me to get an IPod, well, the idea seems possible, but having to recompress everything is a bit troublesome.

The reason why I did not even start b*tching bout this 192 bit/s thing is because as an Electrical Engineer myself I know how hard (or have a relatively accurate estimate of) it is to make a hardware Mpeg Decoder. and to put it into a 50mmx50mm die that is the brain of your cellular phone.

Believe me, if they could run it faster than what it could play, they would have done so already. I don't think cell phones are meant to be overclocked like ur processor is. Even if you can do it, u probably will just fry ur new LG chocolate within 2 days anyway.

Well, as I was typing out my blog, I was trying out the new feature, playing a popular Jay Chou song from a couple years back. I did not like Jay in any particular fashion, but I put it in because there are friends of mine that didn't like him in particular. Don't bother asking me why it makes sense, because it don't and there are times you REALLY REALLY need to irritate someone and you'll never know what may come in handy. (hmm.. maybe a speakerphone...)

well, my samsung's feature allowing the ringtone to be set to only be as large as 600kb. It took me a long time to resize my songs.. arghhh...

it's still a good phone. Go get urs now, and put ur iPod near the 5-10 year old discman, because u should categorized ur stuff appriopriately, and it's time to organize ur out-of-fashion-nothing-more-than-just-a-show-with-stolen-technology-from-Creative-Labs iPod in the right place.
All hail your glorious blogger the amazing JukeBox at 2:36 AM 3 comments:

Email ThisBlogThis!Share to TwitterShare to FacebookShare to Pinterest
Labels: iBashing

I went to a barbeque today, although I'd like to have some roasted badger there, but they don't serve em here.

Well, I had enough of my share during the Michigan - Wisconsin game, which I watched from the student section of the Big House.

Wisconsin was on my hate list since last season. I even adopted a pet badger to abuse because of them.

so the hype level is pretty bad for me since i entered the stadium after a feverish day. 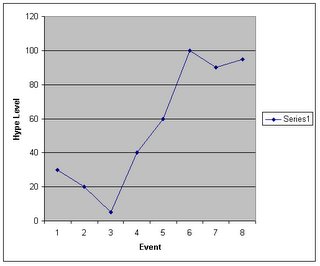 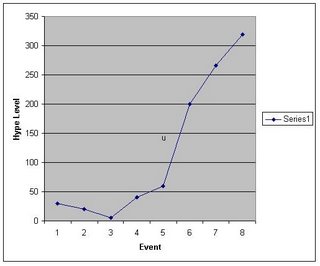 note the blowing up of physical indexes where ppl usually think that 100 is the max hype level a person could have.

I feel SOOO much better after the game. Cough*. I am sure my flu has gotten better.
All hail your glorious blogger the amazing JukeBox at 12:38 AM No comments: